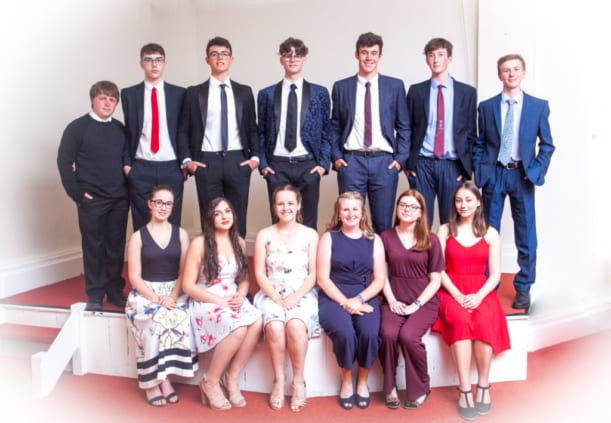 This year, there were amongst our Year 11 leavers, some of the first pupils to have gone all the way through Heritage, having starting in 2007, in Lower Prep, aged 4. Mrs Buchanan, as both a mother of one of these pupils, and a founding members of staff, recalls the Leavers’ Day as being particularly poignant. She writes :

‘The Service was a fitting tribute to the 14 pupils in our Year 11 class. Our Head Boy (William Buchanan) and Head Girl (Amy Robson) talked about each pupil in turn, picking out the qualities they valued in each individual. They thanked each teacher individually too for their hard word and unwavering support in the lead up to exams. It was clear to see that this small group of pupils had a great history of shared experiences and friendship.

Dr Martin then prayed for the pupils, thanking God for their time at Heritage, and asking for His blessing as they journey on to the next phase of their studies.

Mrs Pluke responded on behalf of the teachers with a poem she had written – something that is fast becoming a traditional highlight of the occasion. This year, each pupil was associated to a piece of physics apparatus and their character described accordingly, in rhyming verse!

It was then Mr Fletcher’s turn to give the Headmaster’s Address. He gave a history of the year group, right from the first day of Heritage, to the present day. Bradley, Olivia and William were remembered for having been there on day one, and all the other pupils who came and went were mentioned. He went on to describe each Leaver, talking about their character, strengths and future aspirations. His genuine care for every pupil was clear. He then concluded by sharing Plato’s allegory of the chariot and the dark and light coloured horses – challenging the leavers about which pull they would respond to in life?

The Service ended with a brilliant slide show by Mr Hulett, showing evidence of many happy times on camps, enrichment activities, music recitals and sporting events. The value of friendships formed through shared experiences was clear.

The Service was followed by an afternoon tea in the school playground, served by the new Head Boy, Head Girl and Prefect Team. More stories and thanks were shared, along with tea and prosecco! In the evening, the pupils had a ‘prom’ with barbeque, photo booth and Mr Appleyard’s famous disco.

Congratulations to the Year 11 Leavers’ of 2019. We wish you every success in your IGCSE results and in your future endeavors.’ 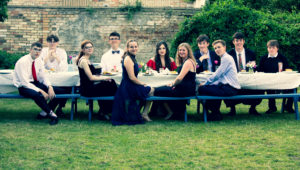 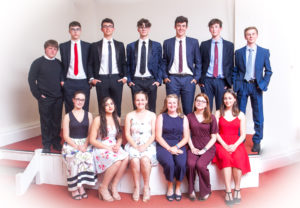