Pupils’ progress is monitored closely throughout the school year, and there are frequent formal communications between the school and parents. We want our parents to be well informed about their child’s progress so that successes can be celebrated and so that we can work together to address any concerns promptly.

Parents of all pupils from Lower Prep to Year 10, receive three Progress Reports each year.  In addition, scripts from the May Progress Tests are sent home.  Parents of Year 11 pupils will receive two Progress Reports, at the end of the Autumn Term and the Spring Term.

There are also two formal opportunities during the year to meet with class teachers face-to-face at the Parent-Teacher Consultations that take place in November and March. Parents are strongly encouraged to prioritise these meetings.

In addition, we encourage parents to chat informally with teachers before or after school should any concerns arise or to arrange other meetings as necessary.

Heritage pupils from Year 2-10 have internal Progress Tests twice per year in each subject.  From Year 2- 6 they take place during the normal time allocated for that subject during that week. Seniors take their Progress Tests within the context of normal lessons in the Autumn Term but in the Summer Term they are off timetable and have an independent invigilator.

We approach these tests in a low pressure, straightforward manner. Generally, we emphasise open-ended questions that allow pupils to display what they know rather than what they don’t.  We actively discourage revision in the Junior School, except for rote learning of for example their poem for that half-term, French vocabulary and Geography facts. In the Senior School revision is emphasized, particularly as pupils approach Year 11.

A special feature of the Progress Tests in Year 2-4 is that most are conducted orally, with a scribe taking down each child’s answer. Parents often volunteer to support this. Pupils are excited to tell all they know about a topic and can often impress by their thorough recall of topics studied several weeks earlier. By Year 5 pupils generally have the writing skills to express what they know independently.  The completed papers from the May Progress Tests are sent home to parents of pupils in Year 2-10.

We make use of standardised assessments as part of our test cycle so we can understand how our pupils are performing against national standards.

The unique culture surrounding our internal tests prepares pupils well for their I/GCSE exams at the end of Year 11. 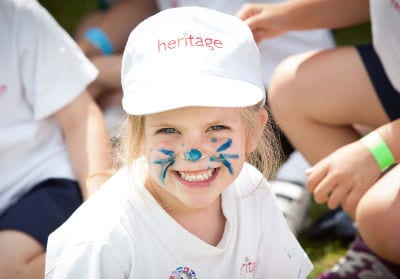