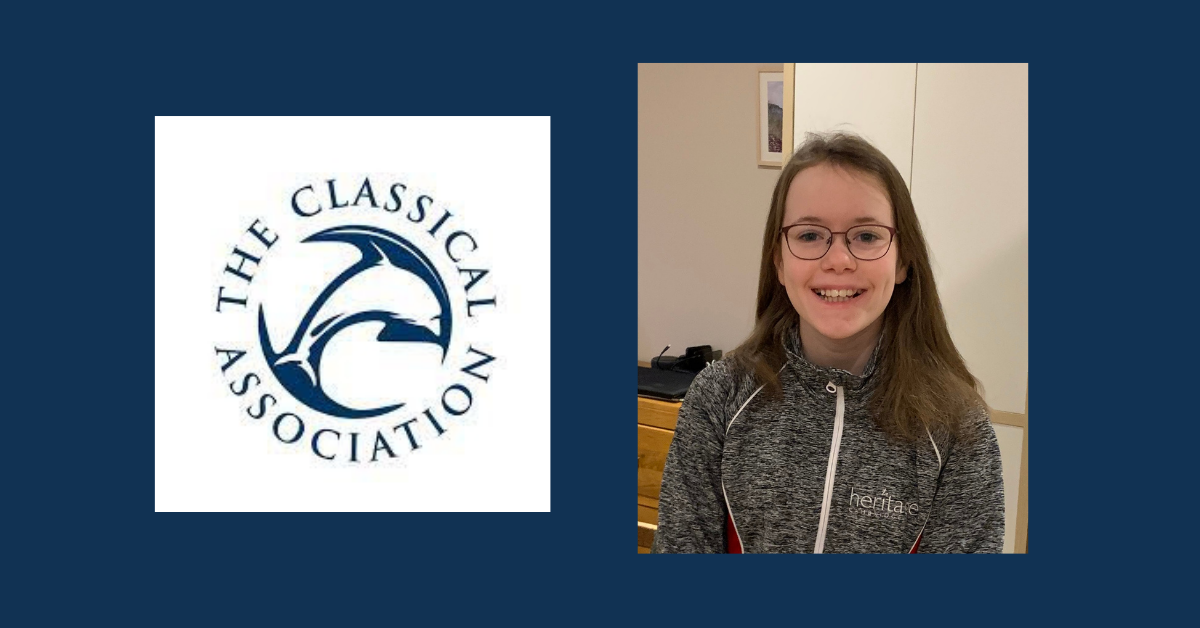 This year, the Classical Association held a nationwide Creative Writing competition for writers and classicists of all ages to celebrate the appointment of actor, broadcaster, narrator and writer Stephen Fry as their Honorary President for 2021-22. They received more than 450 entries inspired by Mr Fry’s books ‘Mythos’, ‘Heroes’ and ‘Troy’.

Despite this steep competition, our own Year 7 pupil Emily was recognised with a highly commended award for her story ‘Echo Echo Echo’.

Emily writes, ‘I’ve always loved Greek myths and I’d just finished reading ‘Mythos’ when I learnt about the competition, so I decided to enter. I chose to write a re-creation of the myth of Echo and Narcissus from the point of view of her sister. I’d only ever heard it in the third person, so I thought it would be interesting to write it in the first person but as a lesser-known character rather than as Echo’.

Congratulations to Emily for this impressive achievement. You can read her story for yourself here.

A Gathering of Alumni
Scroll to top