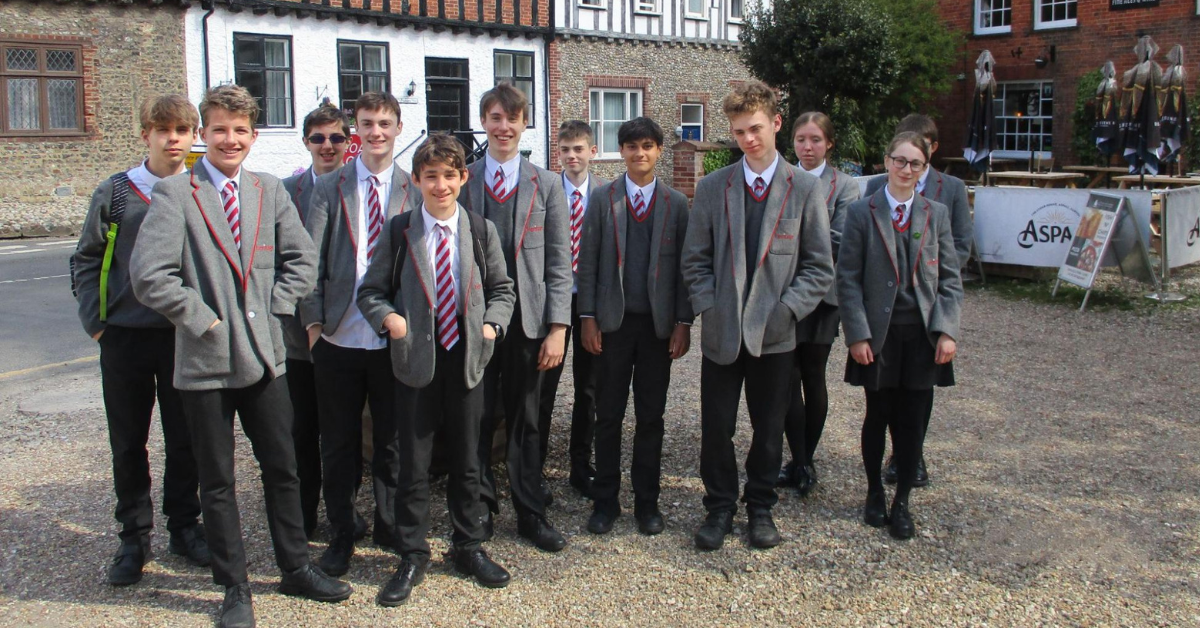 Earlier this week, Year 9 and 10 RS pupils travelled to Walsingham in Norfolk. This area, known as ‘England’s Nazareth’, is believed to be the site of a vision by Saxon noblewoman Richeldis de Faverches in 1061, in which she was asked by the Virgin Mary to build an exact copy of the site where Mary was visited by the Angel Gabriel. Today, this replica of the holy site in Nazareth is found in the Shrine Church in Walsingham, where it remains an important destination for Christian pilgrims today.

In an essay written after the trip, Year 10 Pupil Timothy described one notable feature of the Shrine: ‘Along the wall, next to the entrance, there is a group of plaques with inscriptions on them written by various people who wanted to thank the Shrine because they themselves, family members, or friends have been healed from the waters of the 11th century well which was discovered when the Shrine was re-built in 1931.’

The pupils also visited Walsingham Abbey and the ruins of the Priory Church, measuring 244 feet long with both central and western towers. Timothy wrote, ‘I was surprised at how long and impressive the Priory Church must have been.’

Finally, the pupils visited the Orthodox Chapel of St Seraphim, with its impressive screen that features several examples of religious iconography.

The pupils had a very full day, and the experience of seeing these historical and religious sites firsthand will be certain to stay in their memories for a long time to come.

A Long Awaited Celebration of Music
Scroll to top