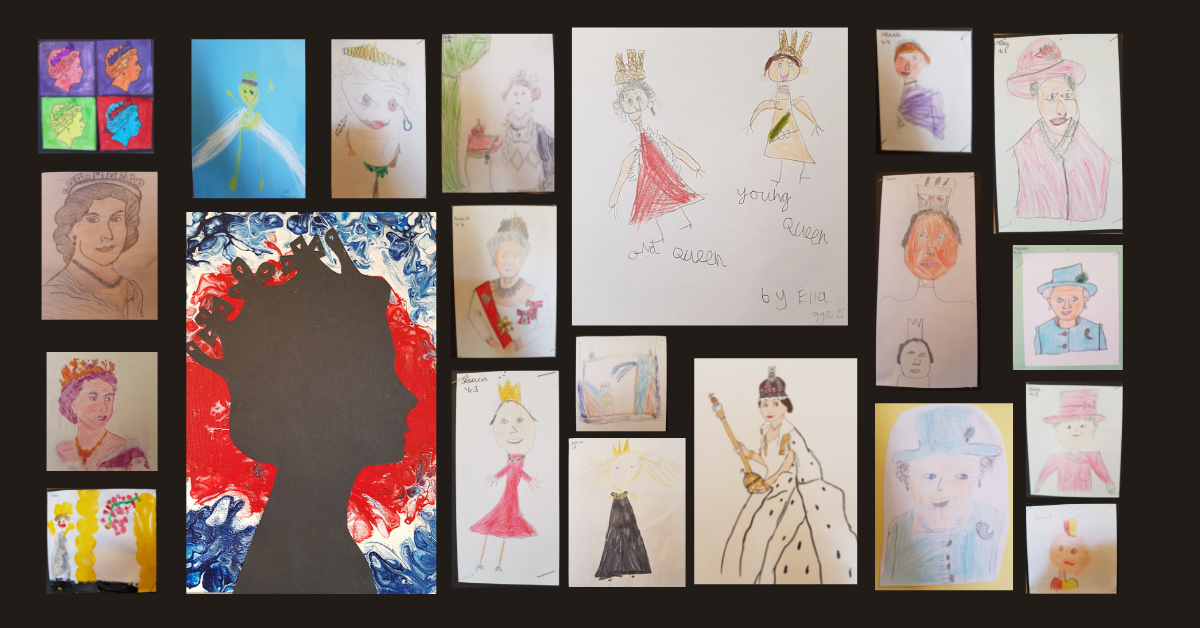 As part of the school’s Platinum Jubilee celebrations before the half-term break, an art competition was held for Infants and Juniors to submit a portrait of Queen Elizabeth II. The winning entries were announced during this Monday’s assembly. Congratulations to Ella (UP), who had the top portrait for Infants and Anna G (Y4), whose portrait was selected for Juniors. Each will receive a copy of the newly published DK book, Queen Elizabeth: A Platinum Jubilee Celebration.

The following pupils were also commended for their excellent artistic representations of the Queen, and received a commemorative Platinum Jubilee bookmark during the assembly.

A full gallery of the portraits is included below.

Get Ready for Screen Free Week
Scroll to top