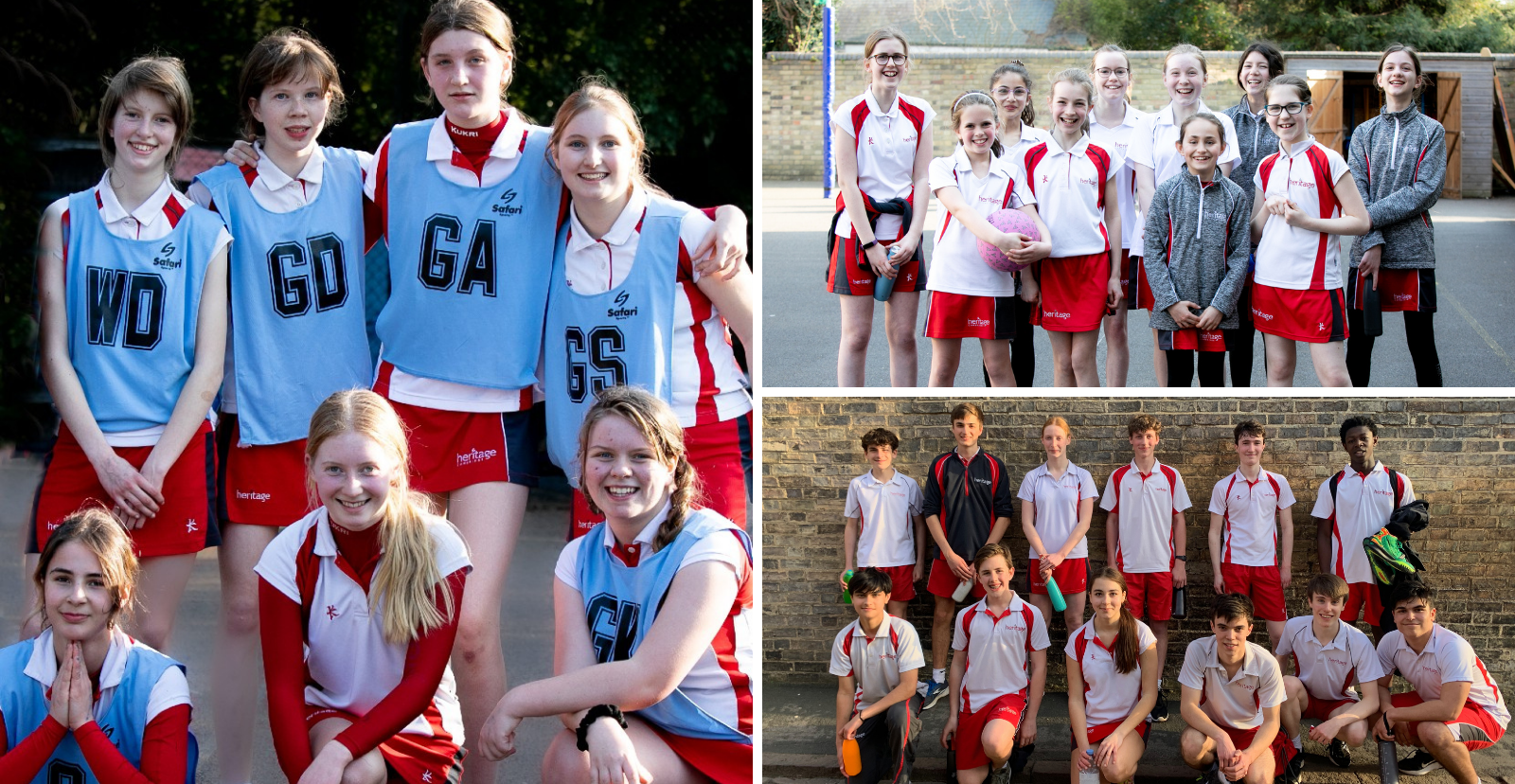 Our pupils have been putting their best foot forward and demonstrating great team spirit in these recent fixtures with other schools.

Last Friday the Year 5 and 6 girls were delighted to play their first netball match against St Mary’s. We piled into the minibus and headed to the fantastic St Mary’s facilities on Long Road, the girls all incredibly excited and singing some lively tunes. The Year 6 team played one full 7-a-side match while Year 5 and 6 combined to play two 5-a-side games. It was a lovely experience for all of the girls and the Year 6’s even managed to draw their second match. The highlight of the day was definitely the post-match snacks provided by our hosts.

Last week, Year 7 and 8 girls played netball against St Mary’s in a mini triangular fixture. Both Heritage teams played three short matches against the three St Mary’s teams. The Year 7’s lost to the A and B teams but won their third game against the C team. Heritage Year 8’s did exceptionally well and won all three of their games against the St Mary’s teams, even after rotating players into different positions to balance the competition. I was very impressed with each team member’s hard work and the lovely team spirit demonstrated during the fixture.

In a recent basketball fixture against The Stephen Perse Foundation, a mixed team of boys and girls in the Senior School played well, worked hard for each other and displayed great teamwork. William and Tobi, two of our Year 11 Leavers from 2021, also joined us and were outstanding in warming the team up, working out plays and generally encouraging everyone throughout the match. The two teams were close all the way through the four quarters. Heritage went up by one point with less than a minute to go. The team ran the clock down, but the SPF team managed to get the ball back, run the length of the court and score on the buzzer to win the game 27/26. Although our pupils were disappointed, they felt they put everything out on the court and really enjoyed it. We are hoping to play SPF again in the summer.