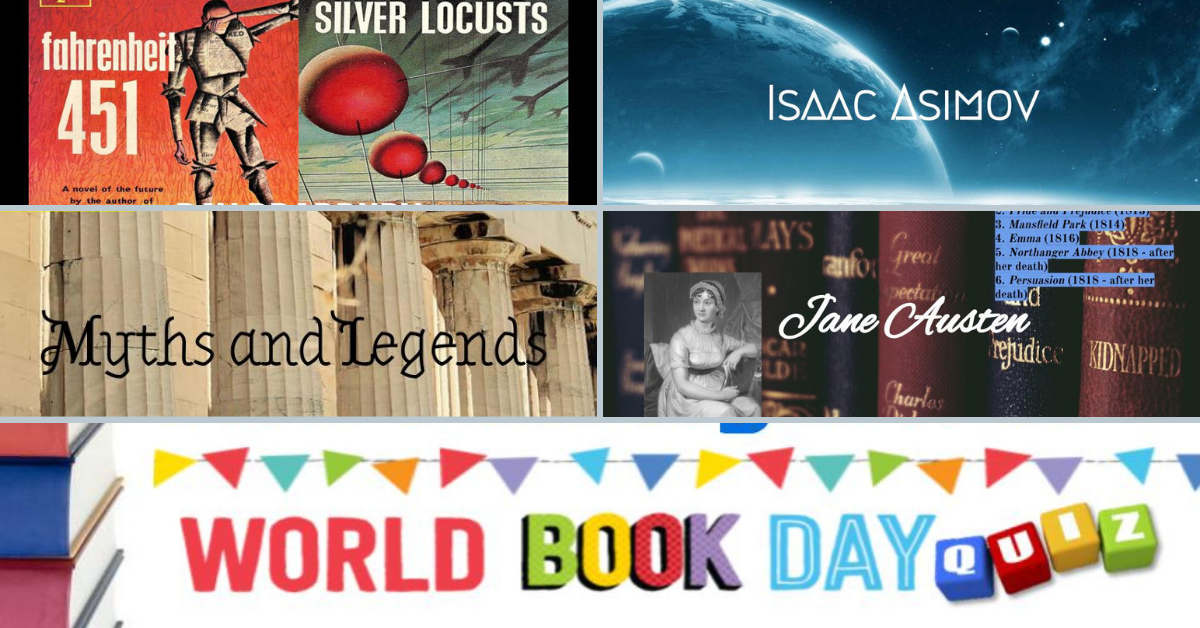 In the Senior School, World Book Day started with a presentation by the Literary Society, a group of Seniors who meet weekly with Mrs Fletcher to talk about authors, books and different genres of writing. During the assembly, each of the society members gave a short presentation about what they had been discussing this term. Toni (Y9) began by summarising a presentation she had prepared about Ray Bradbury, author of Fahrenheit 451—one of the Essential Read books for Seniors and so a relevant discussion for all. Betsy (Y9) gave an overview of her talk on Myths and Legends and the role they play in society and culture. Isabella (Y9) then outlined her talk on the science fiction writer Isaac Asimov.

The presentations finished with a look at a recent discussion where Betsy (Y9) posed the idea that Austen, was never married but whose books are mostly about love and marriage, is often used as a counter example to the advice ‘write what you know’. Instead of writing what she knew from her own experiences (which were limited in general), she wrote about her observations of others. The conclusion of the discussion was that, rather than writing what you know, you should ‘write what you are interested in’ because you are more likely to do research in that field even if you have never experienced it. Each presenter left the listeners with suggested books to read around each genre or author.

Following the Literary Society presentations was a book quiz led by school Librarian Mrs Pilkington. There were 10 questions in each of the six rounds, which included Children’s Books (Which South American country is Paddington Bear from?), Classics (What was Phileas Fogg challenged to do?), Fantasy and Sci-Fi (Tom Marvolo Riddle is the alter-ego of which evil wizard?), and Film adaptations (John Malkovich and Gary Sinise played which famous duo in the 1992 adaptation of Of Mice and Men?). Additional tests of knowledge included a picture round and lucky dip, so there was plenty of variety to appeal to book lovers of all types, and lots of fun was had by all.