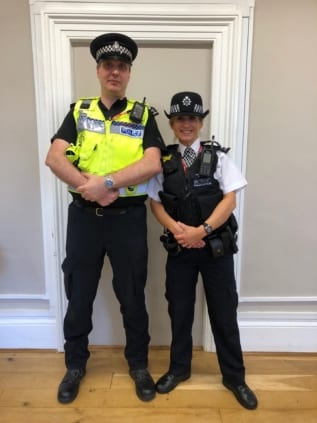 Infants and Juniors were delighted to welcome to Assembly this week a Sergeant (Sergeant A) from the Emergency Response Team of Camden and Islington, Metropolitan Police Service and Sergeant B – one of four Sergeants in the Cambridge City Neighbourhood Team.

Sergeant A began by introducing the three emergency services to the children, explaining the role of the police and why we have rules and laws to keep us safe.  Sergeant B then spoke about road safety in Cambridge, especially as a cyclist on the road.

Of course pupils really wanted to ask questions such as ‘Have you ever arrested anyone?’ and ‘Are you carrying a gun?’ which led to a full explanation of both Sergeants utility belts, all the equipment they were carrying and what it was used for (and the demonstrations did not disappoint!)  After a final question from Mr Fletcher asking both Sergeants what inspired them to join the police, Sergeant A explained her motivation was to help and care for people while Sergeant B replied his motivation was to stop bad people!  Pupils left assembly having been both reassured and inspired and we all remain very grateful to both Sergeants and their many colleagues, who work so tirelessly and bravely to keep us safe.

Both Sergeants will be returning to speak to Seniors in assembly later in the month, and will be concentrating once again on road safety, county lines and the dangers and implications of sexting.

(The names: Sergeant A & Sergeant B have been used for security reasons.) 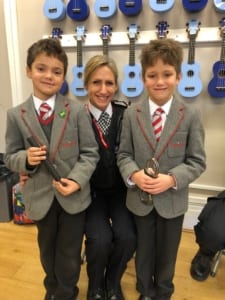 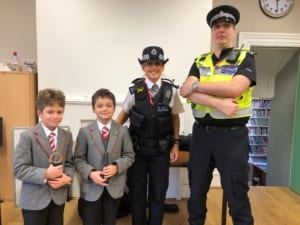