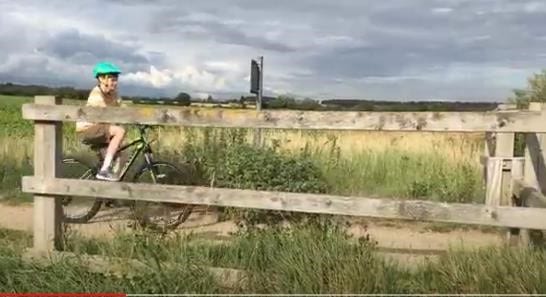 Senior pupils and Staff came together (metaphorically speaking) on Wednesday to compete in the inaugeral (but hopefully never to be repeated) Heritage School Virtual Sports Day. Points were given for time spent doing different physical challenges ranging from running and tennis to stair climbing and skipping. For those who had the opportunity horse riding, open water swimming and even kayaking were enjoyed. There was even an energetic housework option the pupils could choose to do which was surprisingly popular with parents. 75% of the student body competed in the day which was entirely optional and some pupils (and staff) completed a staggering number of challenges amounting to over 7 hours of exercise. One parent reported that her daughter had set her alarm for 6am to pack in some activities before morning zoom lessons which were compulsory until 11am. Congratulations to all students who took part. You were amazing.

The Blue Pegasus team were the overall winners with 189 points

The Green Griffins were one point behind with 188 points

Yellow Phoenix came in with 116 points

The Red Dragons were 4th with 98 points.

Many many thanks to Mrs Pluke for all her hard work making this happen. 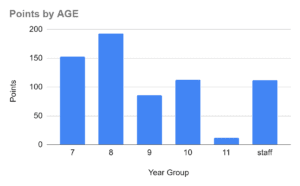 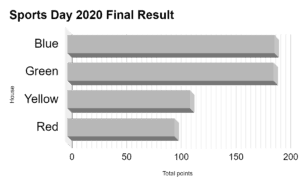 Secured for the Future
Scroll to top