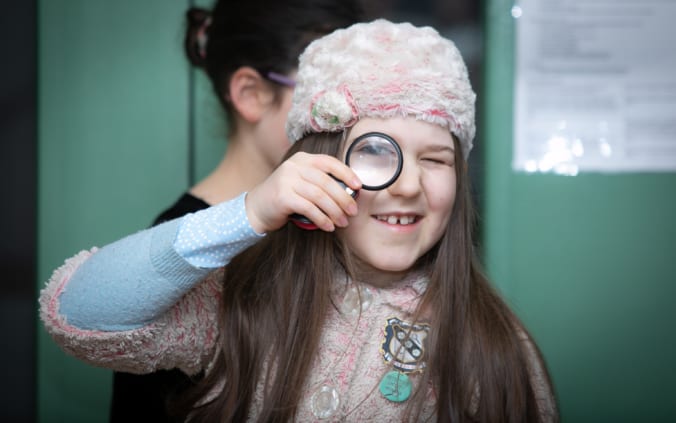 Once again, everyone had a super time celebrating World Book Day.

So many different book characters arrived for the special Infant and Junior assembly, ranging from James Herriot to a Year 6 sized World Atlas! It was great fun to see staff dressed in their characters too, including a yoghurt stealing ‘Burglar Bill’ and Sir Edmund Hillary, fresh from his famous ascent!

A highlight of the assembly was a visit from ‘The Tiger who Came to School’; a Heritage version of a much loved favourite which was adapted and beautifully illustrated by Miss Carter. All the children loved following along to the Tigerobics!

The day continued with many book related activities. Lower Prep were busy writing about their book character and making their own picture story books, as well as creating bookmarks decorated with pictures from their favourite stories. Upper Prep made amazing tiger book marks and worked collaboratively to write and illustrate group stories. Year 2 were also inspired by the visit from the tiger and in small groups wrote their own story of an animal visiting school, thinking about the funny and exciting things that would happen. They also made lovely tiger finger puppets.

In the Junior school there were book quizzes a plenty as well as our traditional book treasure hunt which this year saw the children seeking out the clues for a book read in each class during Literature or Read Aloud. Year 6 particularly enjoyed writing mystery stories. In Art, children made some beautiful illustrations of some poetry.

There were also some special moments when children from different classes joined together to share their favourite books or in some cases stories they had written. Older pupils also came and supported younger pupils with their reading books. Thank you to the parents who came into school to read some of their favourite books to the children too.

We would also like to extend our thanks to Adam Larkham who came to speak to the children in UP and Yr 2 about being a book illustrator and showed the children how he would go about drawing a knight on horseback. The children were then each given an original illustration from ‘The Story of Chocolate’, a very popular book in the Infant School.

The Senior School were also embracing the day with pupils sporting a variety of costumes from St Trinian’s naughtiest school girls to Tom from Beastquest in Year 11 and a variety of Mr Men in Year 10. The winners of the best costume competition were Toni M as Coraline in Year 7 , Emma L in Year 8 as the Demon Dentist and Catherine R in Year 9 as Cinderella. The winners of the staff Heroes and Villains matching pairs competition were Maisie E, Isabella B, Betsy C and Toni M in Year 7 and Georgia H, Emily C and Sheila S in Year 8. Who could imagine Mrs Rowland as the ruthless Miss Trunchbull from Matilda, Mr Burden as the dark Lord Voldemort from Harry Potter or Mr Fletcher as the scheming Moriarty from Sherlock Holmes?