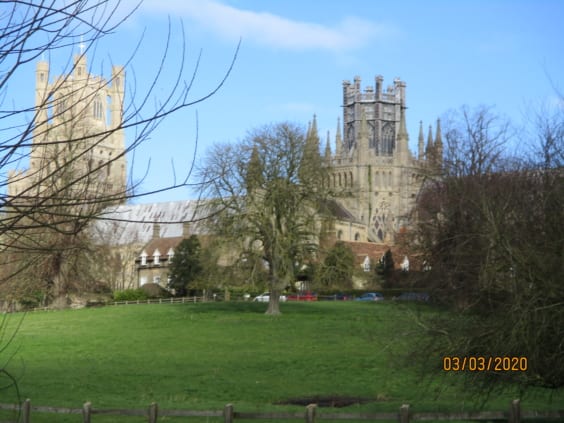 Upper Prep and Year 2 enjoyed a combined trip, by train, to Ely Cathedral where the children experienced what it would have been like to live for a day as a Benedictine monk. On arrival the children were shown to the ‘Chapter House’ where they were told about their day and promised to take a vow of silence. They put on black robes, tied with a belt with three knots to indicate the vows of poverty, obedience and chastity. Hoods remained down unless ‘a brother’ had not acted as he should have done and needed some time for self reflection.

Silently, in two straight lines, the children moved around the Cathedral, experiencing the daily cycle of rest in the ‘Dormitory’, prayers and worship, meal times in the ‘Refectory’, communal meetings in the ‘Chapter House’ and working for the benefit of all. As no talking was allowed the children learned hand signs to indicate more bread, cheese and ale. They worked on illuminated lettering and found out about the use of herbs for medicinal purposes and relieving bad smells.

After an amazingly quiet morning, the children enjoyed chatting with their friends over lunch. They had a tour of the Cathedral’s monastic buildings; the once covered walkways, the Infirmary, the Dormitory, the Guest House, where the Chapter House would have been, the Prior’s Chapel and the beautiful and intricate carvings on the entrance doors into the Cathedral itself, finalising the trip at the statue of Etheldreda who established the first monastery at Ely. 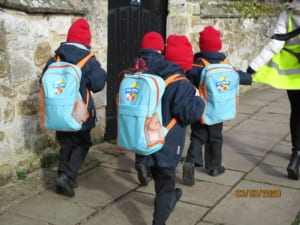 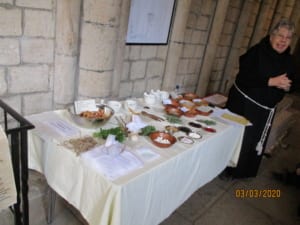 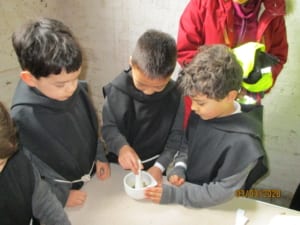 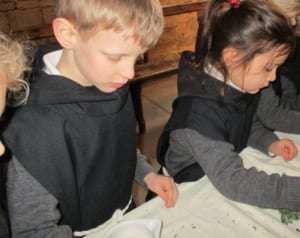 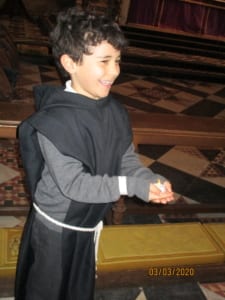 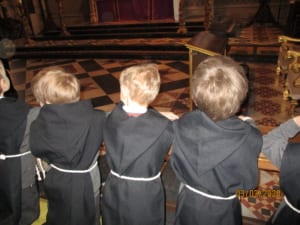 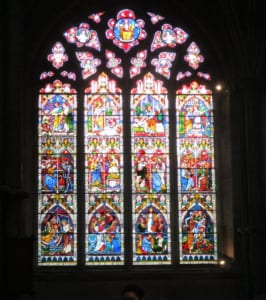