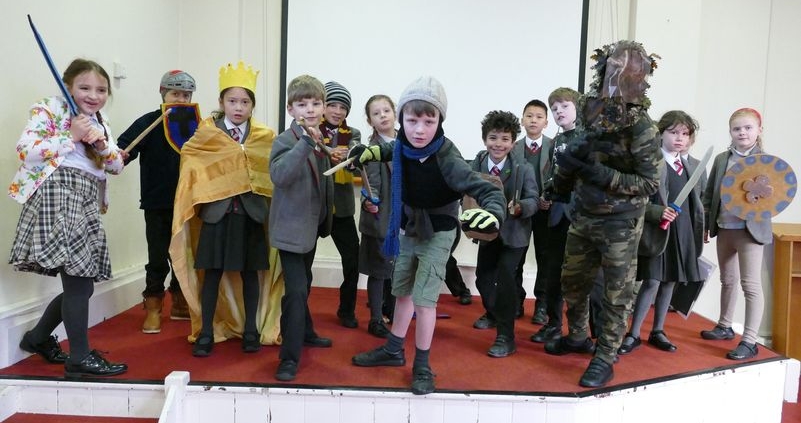 This morning, Year 4 put on their class assembly. During the first part of the assembly, the pupils demonstrated their knowledge of European geography, acting out a scenario at a travel agent’s office with two holidaymakers looking into which European countries might make the best travel destinations. Two countries won out; Iceland for its hot springs and volcanoes, and Italy for museums and delicious cuisine.  The assembly then took a literary turn as the class recited and acted out a poetic version of Beowulf, the ancient tale of the  brave warrior who defended King Hrothgar against the wicked beast Grendel. The story ended with Beowulf’s exciting (and somewhat gruesome) victory! Well done to Year 4 for a highly informative and entertaining production.